Why Orthodontic Expanders Give you that Gap 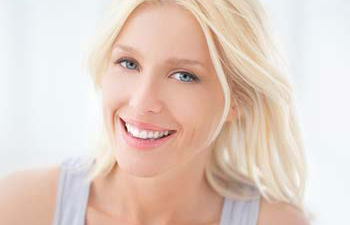 At Armbrecht & Wierenga, our Grand Rapids orthodontists make every attempt to avoid extracting teeth by expanding the arches when there is crowding present.

Expanders work great, but there are some side effects that catch parents and patients by surprise. One of them is the appearance and disappearance of a gap between the two upper front teeth.

What is the Purpose of an Expander?

Our orthodontists may recommend an expander to widen your palate and make room for crowded teeth. It’s important that we expand the patient’s palate while they’re still growing so we can make room in the jaw for all their teeth. Otherwise, crowded teeth will push against each other and cause oral health problems. For example, patients with crowded teeth are more likely to get cavities where toothbrush bristles can’t reach.

What Do Expanders Do To Your Teeth and Palate?

After people are done growing around 14-17 years of age, this mid-palatal suture fuses and the palate becomes a single solid structure. Expanders take advantage of the presence of the growth plate if they are used before the suture is fused. Check out our other blog post to learn when you should take your child to the orthodontist.

The appearance of a space between the front teeth is one sign that the expander has moved the two halves of the palate apart. The central incisors are located on different sides of the suture and they spread apart as the palate is expanded. The gap that forms is normal and desirable – you know the expansion is working when you see the gap between your teeth!

How Long Does it Take for an Expander to Work?

After the orthodontic expander has provided the desired amount of expansion, we typically leave it in place for several months holding the two halves of the palate apart while new bone develops between them. Upon removal of the expander, there is always some relapse or loss of arch width. Most orthodontists over-correct by a few millimeters in anticipation of this change.

During this stabilization period, the gap created during expansion tends to close on its own. This happens slowly over time, but it shocks many parents the first time they notice it is smaller or gone altogether. Understandably, many parents call our office worried that the orthodontic expander has slipped and that the benefits achieved during the activation phase have been lost. But don’t worry, just like when the gap appeared, the closure of the gap is a normal process.

While the force created by the expander pushes the palate apart, at the same time there is an opposite force acting on the teeth produced by the gum tissues. Your gums are elastic, just like other soft tissues in the body, such as skin. As the expander pushes outward, the stretched gum tissue starts pulling the teeth back together. You can tell this is happening by comparing the size of the gap between the teeth with the amount of expansion visible on the palate expander.

Does Everyone Get a Gap With an Expander?

It is reassuring to know ahead of time that your orthodontic expander will create a gap between the front teeth and that it will subsequently go away on its own. Understanding what is normal will keep you from worrying and avoid an unnecessary phone call to our office. As always, if you have a concern or if what you see in your mouth or in the mouth of your child does not seem to follow the pattern described, give the office a call and let us know.

Our orthodontists in Grand Rapids and Grandville are ready to help you achieve your best smile. To request an appointment, call Armbrecht & Wierenga Orthodontics at (616) 455-4800.

The highest quality result for an enduring
and healthy smile.  LEARN MORE →